And do where my parents work? 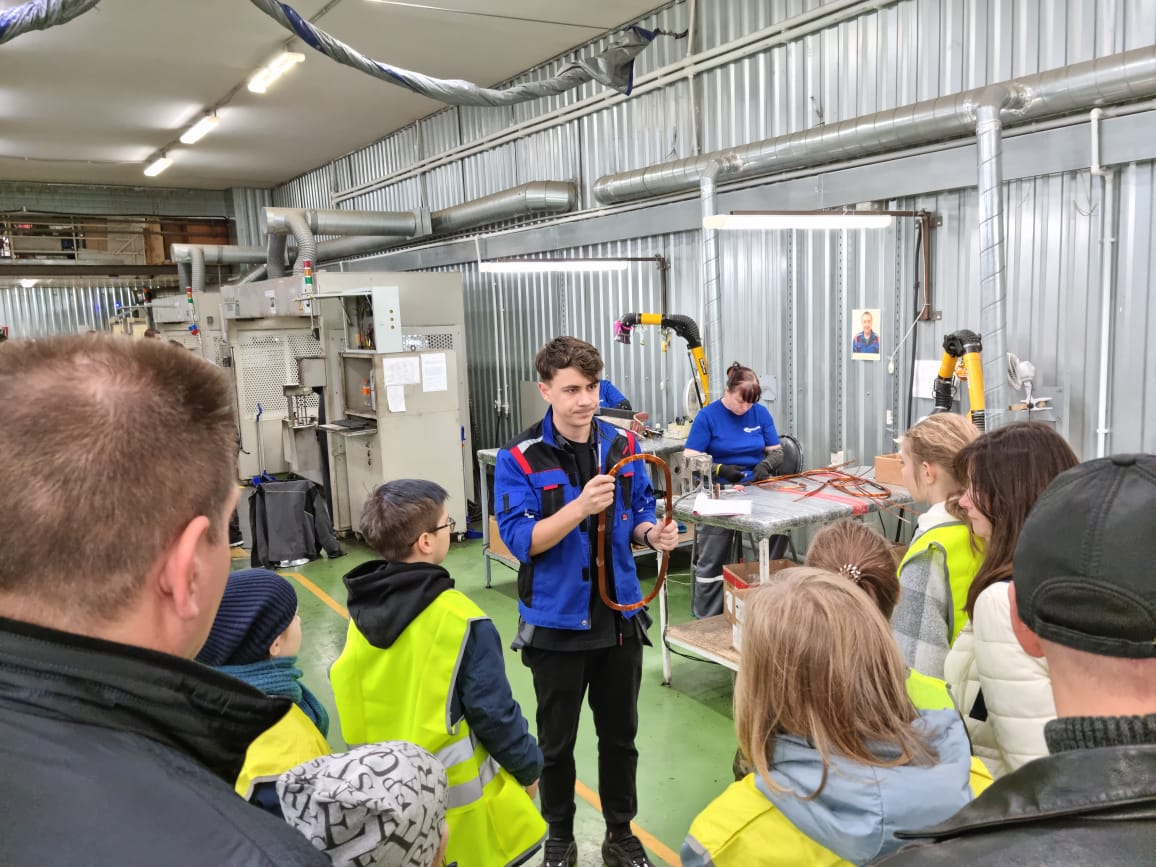 This is a question children often ask their parents. That's why on 26 September the Rem&Coil plant, part of Northern-West Electromechanical Association, offered an unusual opportunity for the children of its employees to experience the modern production facility where their parents work.

More than 150 people took part in the event, including children aged 3 and up, as well as the wives or husbands of employees. The company's technologists, led by CEO Alexander Gennadyevich Novikov, as well as the parents themselves, who are production workers, acted as guides around the production site. The tour was preceded by a safety briefing and the supply of personal protective equipment. The children toured all the production areas and also visited the renovated open space office. They were particularly interested in seeing the complex production process first hand, trying out some of the safest operations themselves and taking part in quests. The tour route took them past the production halls of the company and included explanations about the processes involved in creating the section and fitting it into the machines' engines. The tour was followed by a small tea party.

The event was so much appreciated by all the participants that it was decided to hold it on a regular basis. By maintaining strong ties with all generations of our employees, the plant attracts talented young people who are the future of the company.

In addition, similar vocational guidance events are being considered for schools. The earlier a person starts to think about their future profession, the easier it is for them in the later stages of life. An informed choice plays a special role in the formation of personality. For example, after the excursion, some children admitted that they would also like to tie their lives to production or to be the engineers.

Another enjoyable event at this event is the launch of a creative competition with valuable prizes among the visitors of our factory. Details will be in the VKontakte group and the competition will start on 1st October.

Stay tuned for our news and events!